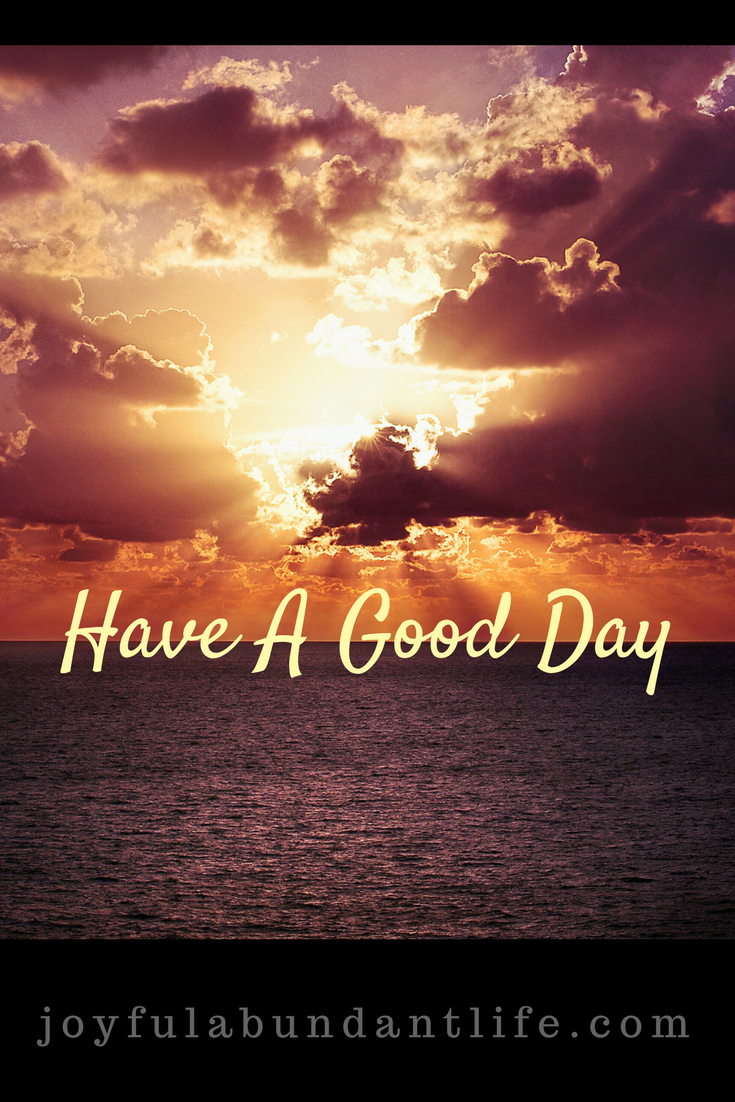 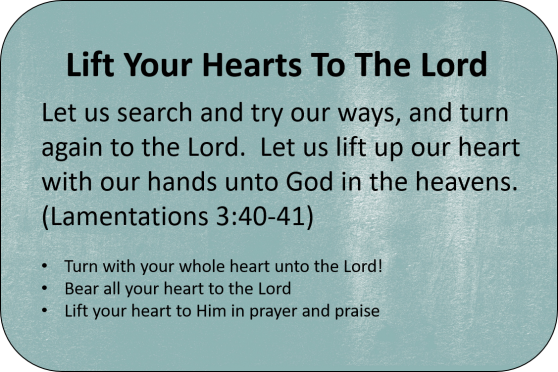 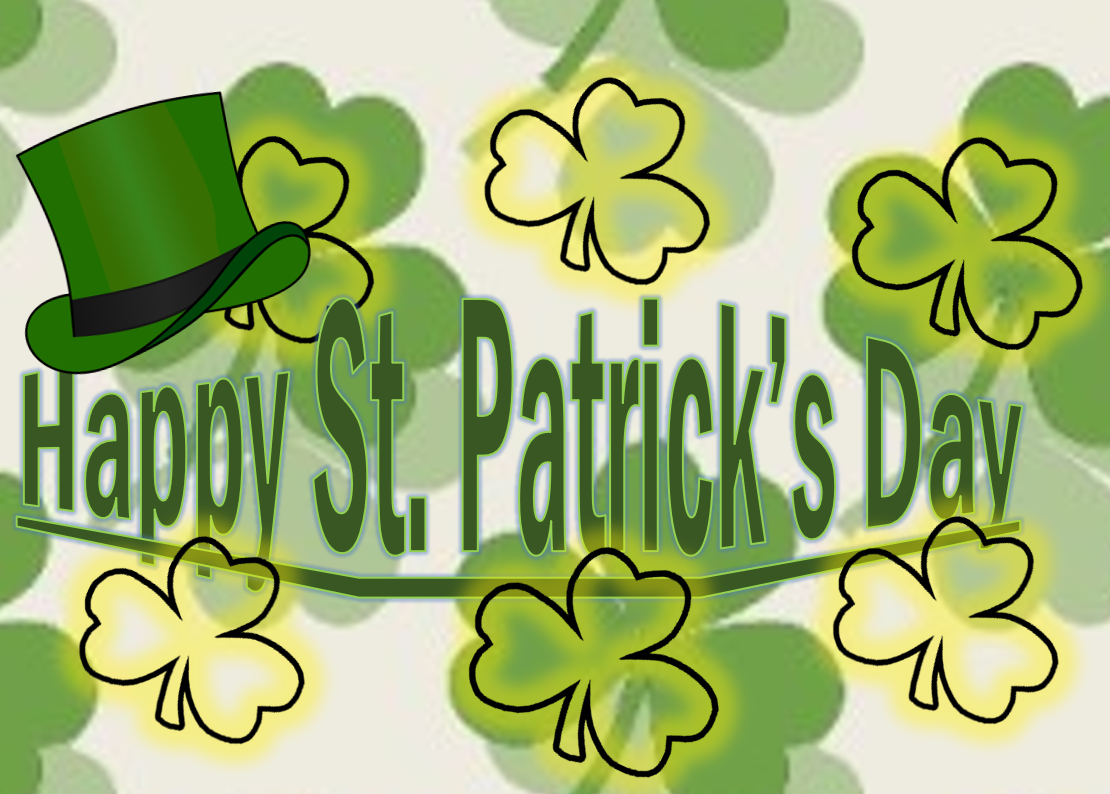 Do you celebrate St. Patrick’s Day?  I never did, but upon hearing a sermon by my pastor many years ago, I became more interested in the life of this man.  He really is not who everyone thinks he is.  Moments with the Book puts out a Happy St. Patrick’s Day Tract with some trivia.  With their permission, I have put the words to this tract here.  You will find it very interesting. 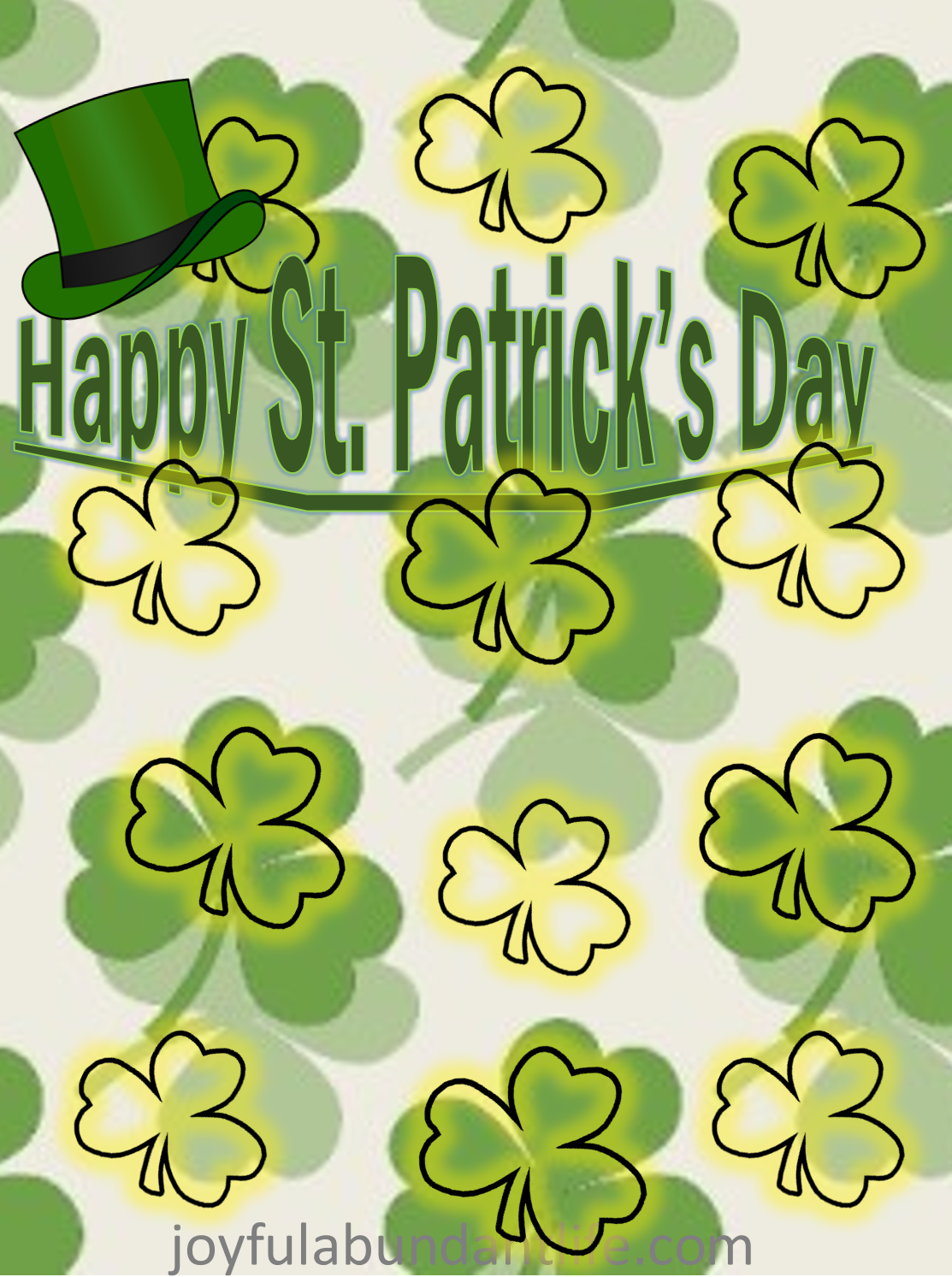 How much do you know about Saint Patrick?
Select true or false for each question.

St. Patrick wasn’t Irish. He was born in mainland Britain.

His real name wasn’t Patrick. It was Maewyn Succat. Pope Celestine gave him the name Patrick later in his life, and we still know him by that name today.

St. Patrick was kidnapped by Irish Pirates from what is now known as Wales when he was 16 and sold as a slave in Ireland.

While enslaved, something special happened to Patrick. He said, “It was there that the Lord opened the understanding of my unbelieving heart, so that I should recall my sins, and turn with all my heart to the Lord, my God.”

After six years of slavery, during which he became a Christian, St. Patrick escaped from Ireland.

When back in Britain, St. Patrick was called to return to Ireland as a missionary with a message.

When Patrick was in slavery, he came to know Jesus Christ as his Savior. He realized that he was not just a slave to the Irish, but also a slave to sin. We, too, are slaves to sin. The Bible says, “All have sinned, and come short of the glory of God” and “Whosoever committeth sin is the servant of sin” (Romans 3:23; John 8:34). We have all lied or stolen something, had bad thoughts or meant ill to our fellow man. We have all sinned.

Patrick realized he could be saved from the consequences of his sin by placing his faith in Jesus Christ. The Bible says, “The wages of sin is death; but the gift of God is eternal life through Jesus Christ our Lord” (Romans 6:23). Jesus died for our sins, was buried, and rose again on the third day so that we can be saved.

Patrick did not trust in any of his own efforts for salvation—he trusted in Jesus Christ alone. “By grace are ye saved through faith; and that not of yourselves: it is the gift of God: Not of works, lest any man should boast” (Ephesians 2:8,9).

After Patrick became a Christian and received new life in Christ, he escaped from slavery in Ireland. This led to new opportunities. Later, when he was in Britain, he was sent as a missionary. Where? Back to Ireland! Jesus was sent here to give us new life. He said, “I have come that they may have life, and that they may have it more abundantly” (John 10:10). 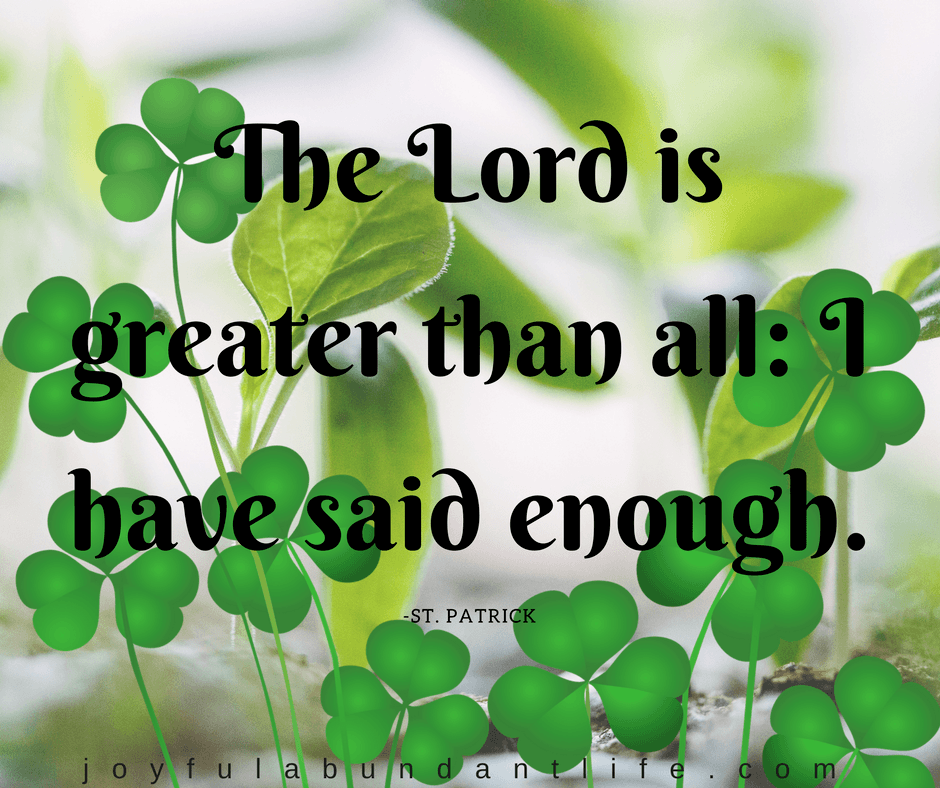 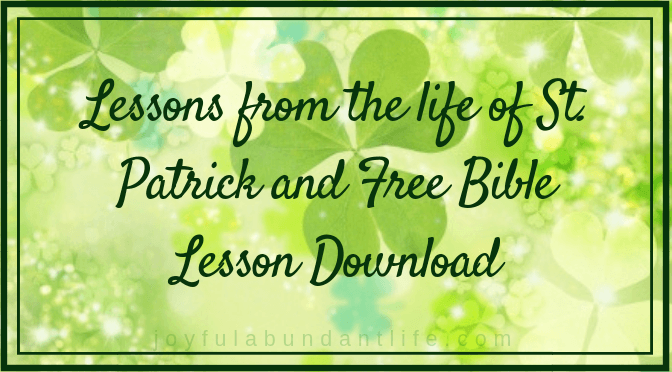 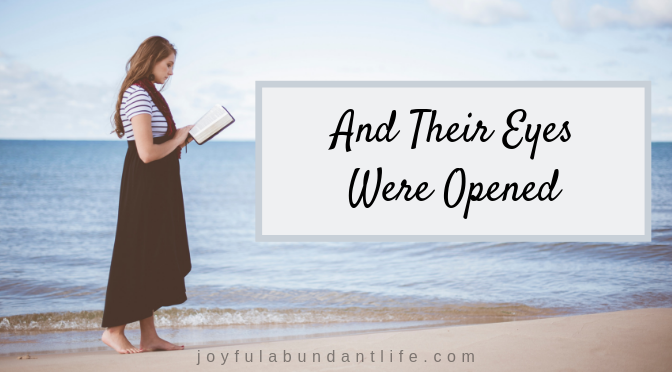 And Their Eyes Were Opened 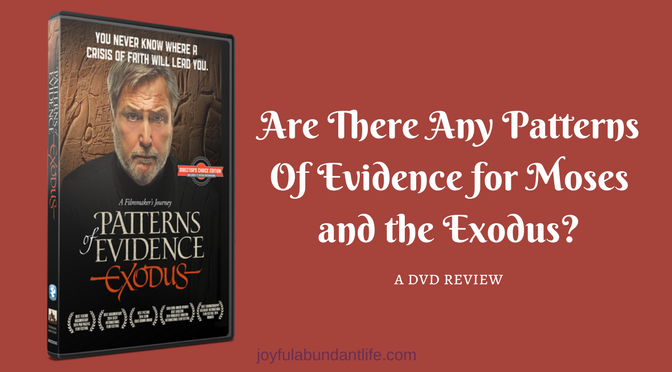 Evidence – Is There Evidence or Patterns of Evidence for Moses and the Exodus? 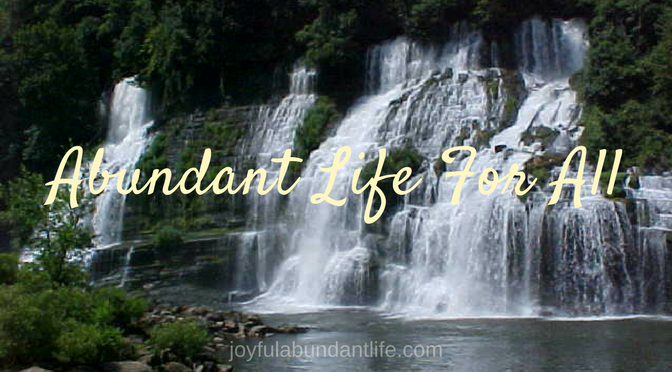 Abundant Life for All! 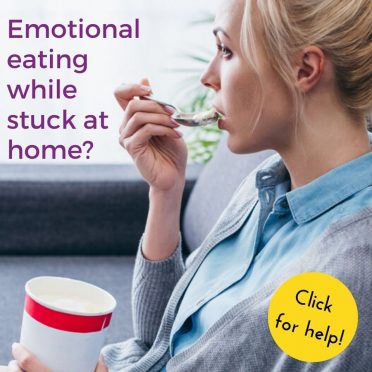 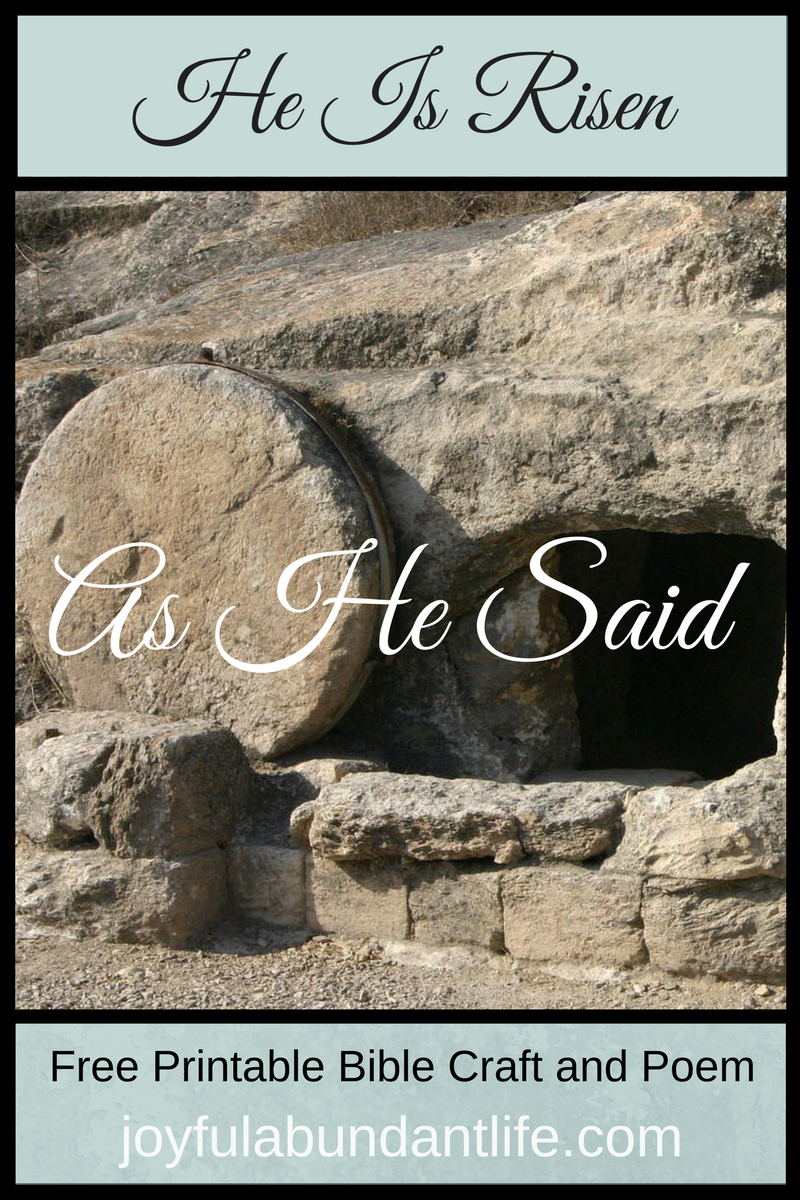 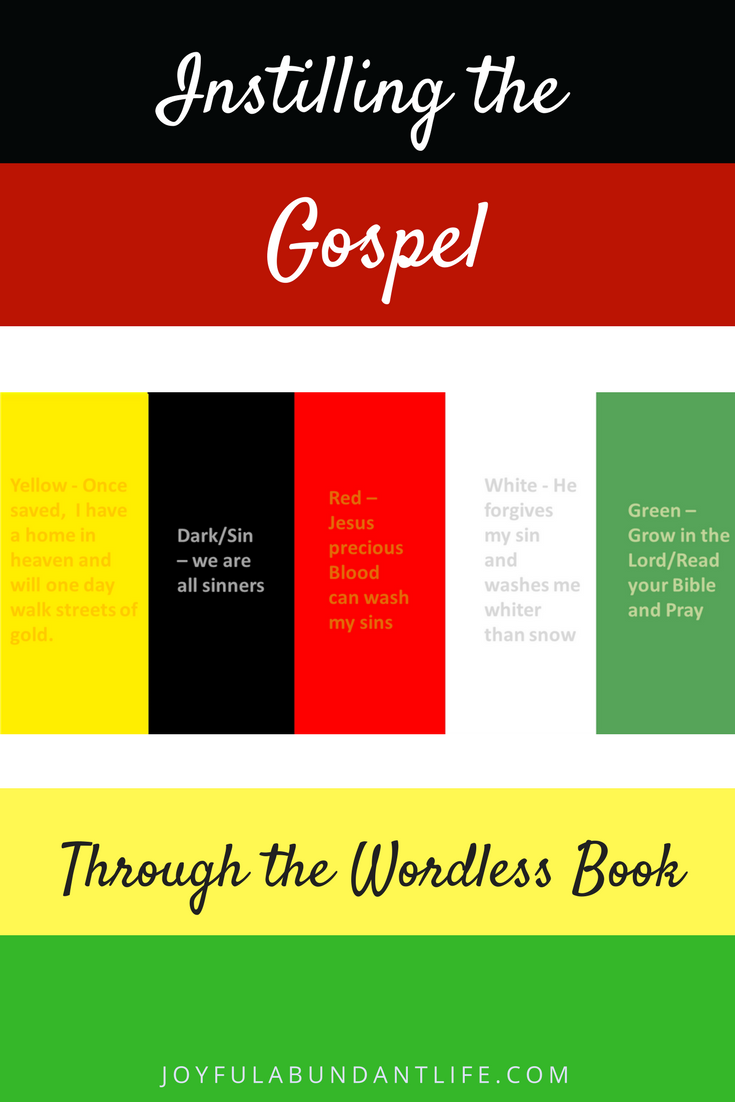 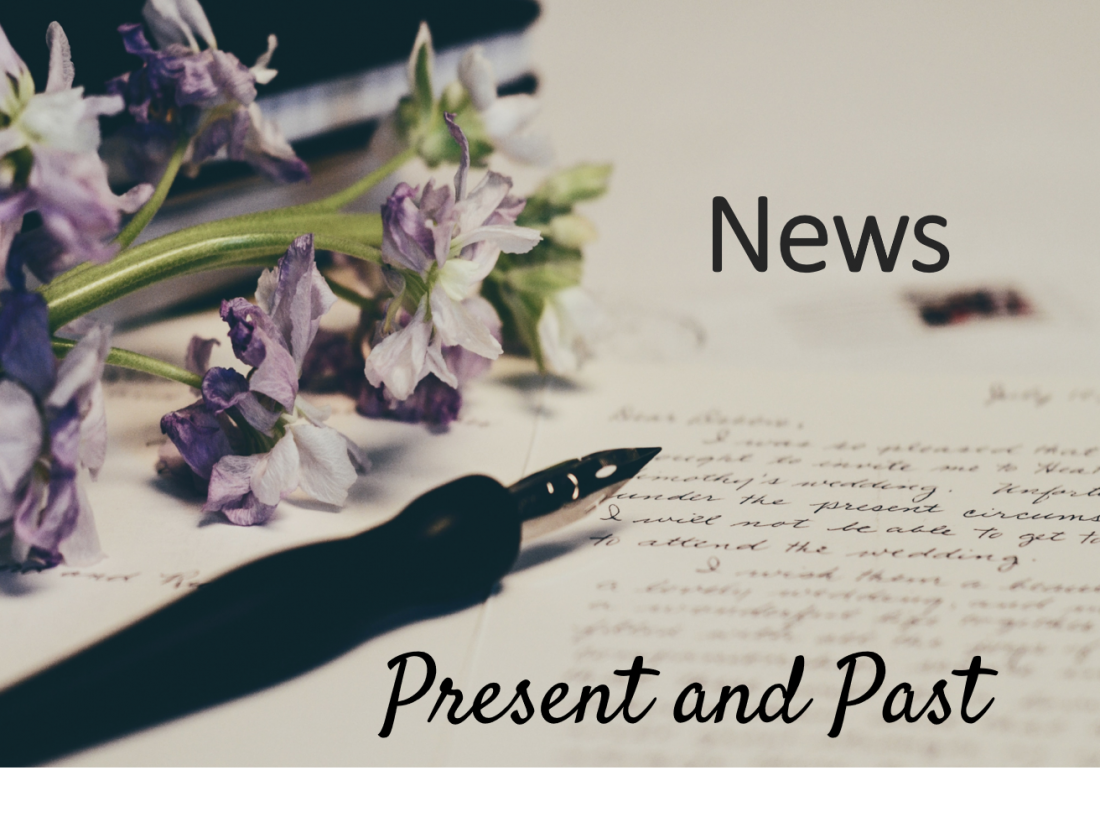