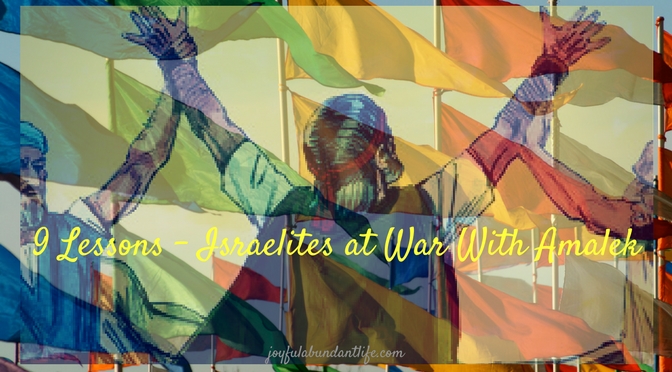 9 Lessons – Israelites at War With Amalek

Recently, I wrote about lessons on the Rock of Horeb.  The war with the Amalekites is in the same chapter right after Israel received water from the rock.  There were very many more lessons to learn from this very chapter as I went on to study the Israelites war with the Amalekites.  It seems throughout the Old Testament that Amalek is a nation of people who despise God and actively conspire to kill off his chosen people-the Jews.   Sounds like the devil himself, doesn’t it?

There were nine lessons that stood out to me as I compared the war with Amalek to the my own spiritual warfare.

Note:  Affiliate Links may be associated with this post – disclosure here 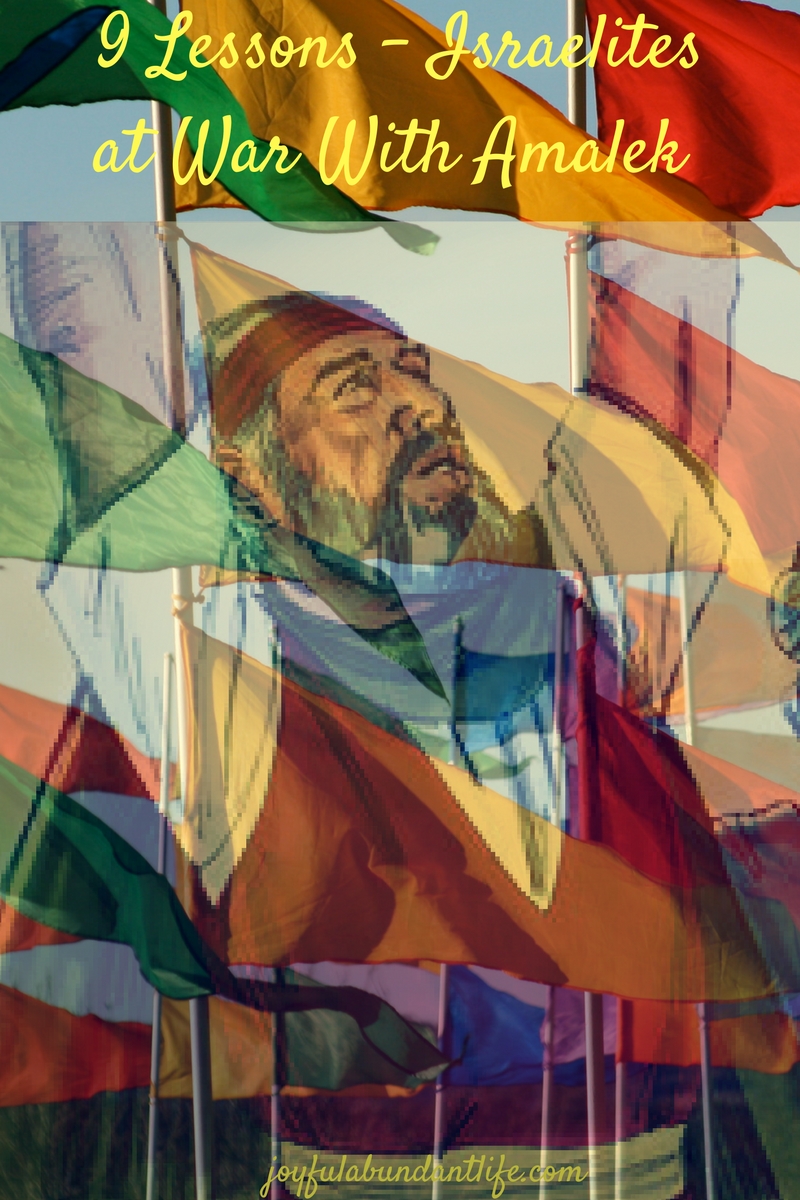 Who/what is your Amalek?  Are you discouraged, weary, fighting a battle that seems not to end?  Remember, God is the victor and He can and will defeat the enemies in your life.  Turn to Him,  stay refreshed in His Word and keep the Sword of the Lord continually at your side.  Then you will be able to hold your banner high and proclaim that God did it!

This was the second part to a children’s Sunday School Lesson in a series on Moses.  The first part was the Rock of Horeb.  This lesson is offered in  a free download Here.

How to Live Without Shame Psalm 119:6

7 Lessons from the Rock of Horeb