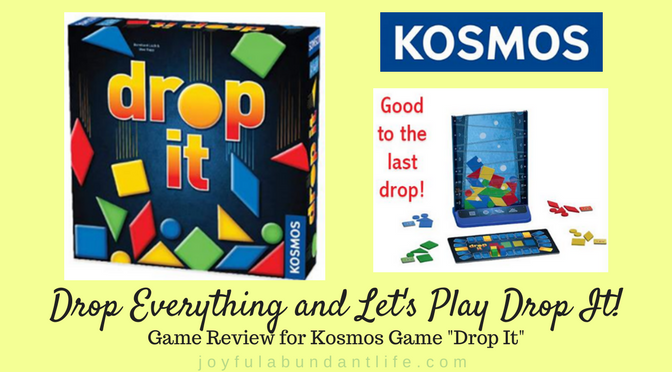 Drop Everything and Let’s Play Drop It!

Drop everything and let’s play Drop It.  Yes, we are having a family game night and are playing a new game that was given to me from Tryazon for my honest review.  The name of the Game is Drop It which is a new board game by Thames and Kosmos.

The gist of the game:

-Points are earned for the highest level that the shape reaches when it lands.

HOWEVER you better watch out because there are certain landing rules.

-Don’t let your shape touch a matching shape or color after it lands or you will score NO points. 🙁

THE WINNER: the player or team with the most points at the end

The Recommended Age is 8+, but we found that even younger ones could join in on the fun.  There can be 2-4 players on a board or 2 teams.
-It was pretty easy to learn

-The rule book included variants to change up the game play

Below is a little video clip to give you an idea of the game.

We did a couple of test drives for the game before we had the actual party.  Below you can see one of my granddaughters opening the game and then we played a little practice run.  She was not able to be here for the actual game night so I wanted her to be able to see the game too. 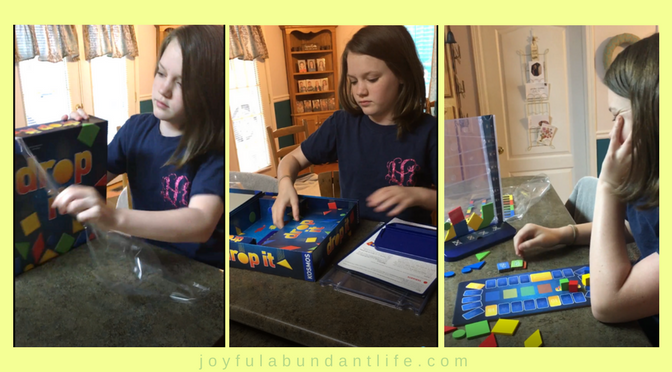 Anytime we can get together as a family is a great time.  It matters not what activity we do. I appreciated the fact that this game
-gave a break from technology allowing interaction with each other
-is able to be played in teams enabling all to work together
-is easy enough for younger children and yet enjoyable for adults too
-is educational and makes you think
Below is a video of our game night

Click on a picture below to see it full sized.

- Swipe left/right to see more
I asked the players what they thought of the game. Here’s what they said:
-It was fun for a once in a while game.
-Kids would enjoy it more playing by themselves rather than with adults and vice versa.
-It’s not a game I would want to play all the time, like yahoo, let’s play “Drop It!”  Other games are much preferred.
All in all we had a fun family time and that is what’s most important.
Thank you to Tryazon for the opportunity.
I appreciate the fact that Thames and Kosmos, the game maker,

10 Fun Fall Activities To Do With Your Grandchildren