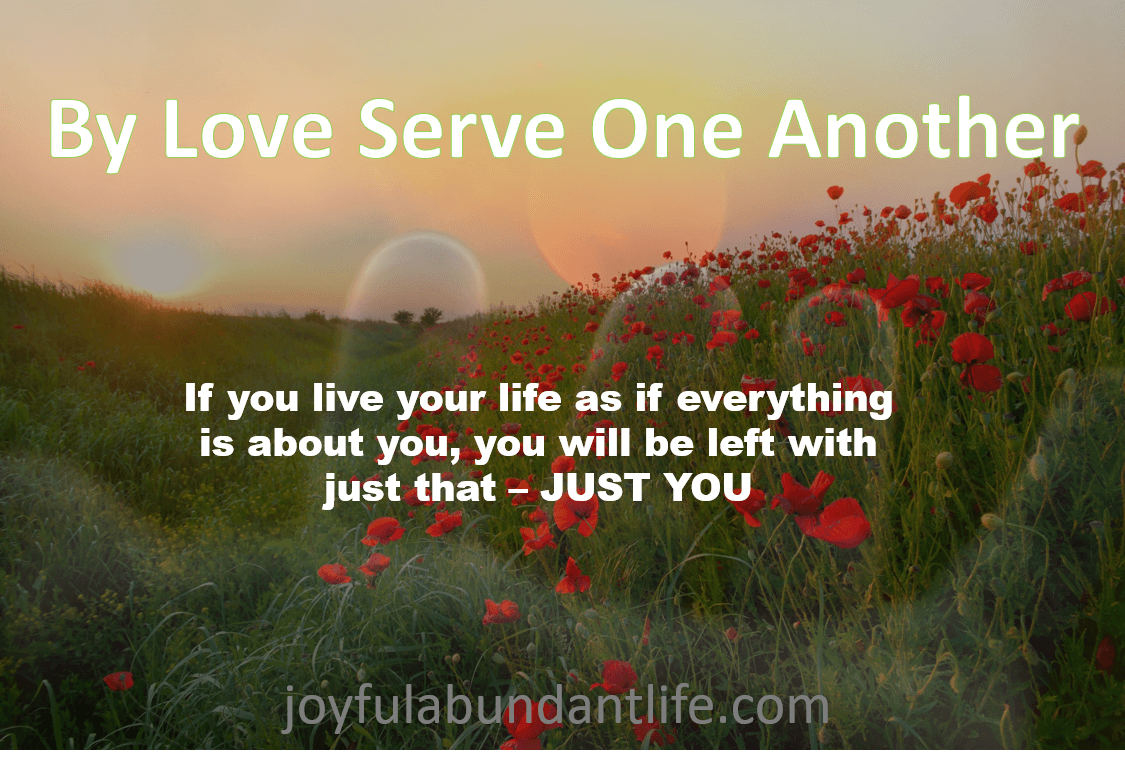 A family member of mine who recently returned home from Afghanistan told me of how God spoke to his heart regarding the fact that life is not always about him.

He was in a situation where he questioned God and asked Him, couldn’t you have spared me from this? Is there something you want from me?  Can’t you ask someone else?

After contemplating all these thoughts, he had to say,

Well, it’s not always about you. 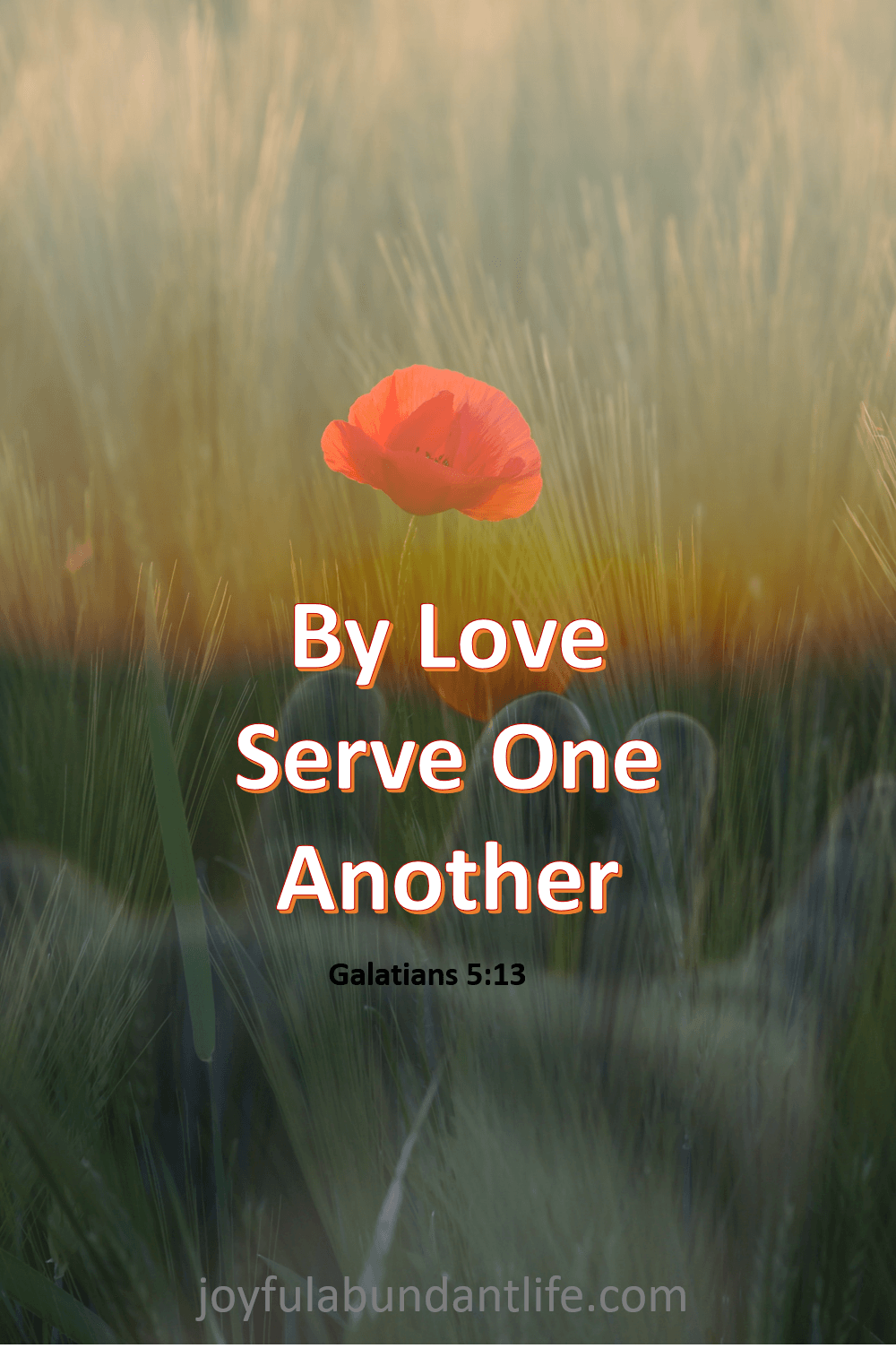 He relates the story of being in Afghanistan, in fear for his life,  having a pity party, and asking the Lord, what am I doing here?  The Lord informed him that he had lost his focus and that he needed to do for others so much that he didn’t have time to worry about himself.  During his pity party he had stopped praying for many missionaries and for family needs because he was more concerned about God sparing his life in a combat zone.  He called his wife to complain and her gentle reply was “Dear, it’s not always about you.”

After considering this and realizing that she was right he thought of three things in our lives that will “make it about us“.

1. PRIDE – Often our pride gets in the way and we care more about ourselves than for the souls of others. So was the case with Jonah. Perhaps Jonah wanted Nineveh to get their “just rewards”  Read Chapter 4

v9 – 11 And God said to Jonah, Doest thou well to be angry for the gourd? And he said, I do well to be angry, even unto death. Then said the Lord, Thou hast had pity on the gourd, for the which thou hast not laboured, neither madest it grow; which came up in a night, and perished in a night: And should not I spare Nineveh, that great city, wherein are more than sixscore thousand persons that cannot discern between their right hand and their left hand; and also much cattle?

God was letting Jonah know, it’s not about you; it’s about Nineveh and over 120,000 people who needed to be saved.

2. COMFORT – Think about Joseph and all he went through.  He was hated by his brothers, sold into slavery, lied about by Potiphar’s wife, thrown into prison and hoped “his buddy”, the chief butler, would help to get him out, but he forgot and Joseph spent two full years in prison.  But in the end Joseph knew it wasn’t about him.

Genesis 50:20 But as for you, ye thought evil against me; but God meant it unto good, to bring to pass, as it is this day, to save much people alive.

Psalm 142 I cried unto the Lord with my voice; with my voice unto the Lord did I make my supplication. 2 I poured out my complaint before him; I shewed before him my trouble. 3 When my spirit was overwhelmed within me, then thou knewest my path. In the way wherein I walked have they privily laid a snare for me. 4 I looked on my right hand, and beheld, but there was no man that would know me: refuge failed me; no man cared for my soul. 5 I cried unto thee, O Lord: I said, Thou art my refuge and my portion in the land of the living. 6 Attend unto my cry; for I am brought very low: deliver me from my persecutors; for they are stronger than I. 7 Bring my soul out of prison, that I may praise thy name: the righteous shall compass me about; for thou shalt deal bountifully with me.

Did no man care for his soul?  It probably seemed as though no one did, but God did and God knew the path of Joseph. Life wasn’t very comfortable for him, but God was with him and God knew what He was doing.

3. YOUR LIFE – God used Mordecai to let Esther know that it was not about her life. The Jews were to be slaughtered and Esther was just made the Queen.  She could have thought “Now I have arrived and I’m going to get somewhere in this world. I can be at ease in the palace.” But Mordecai assured her that God had made her the Queen for other reasons and perhaps she was in that position for such a time as this.  Esther was prepared to die.  She realized that it wasn’t about her, but instead about her people.  Yes, life is about others!  Do we care for the souls of others?  Are we willing to put our life on the line so that others may come to know the Savior?  So many in other places have done just that.  Hebrews 11 is full of those who gave their lives and of whom the world is not worthy.

So what about you?

Are you having a pity party today?  Are there so many reasons that you have to feel sorry for yourself?  Are you wondering why “God would let this happen to you” or why “God would put you in this place”  Today it is time to look away from self and look to Jesus who endured the cross for us because He knew the joy that awaited Him.  If you don’t know Jesus you can, because He came for all and if you do know Him, then it’s time for all of us to put ourselves last and experience true joy!

JOY
Jesus  Others  Yourself 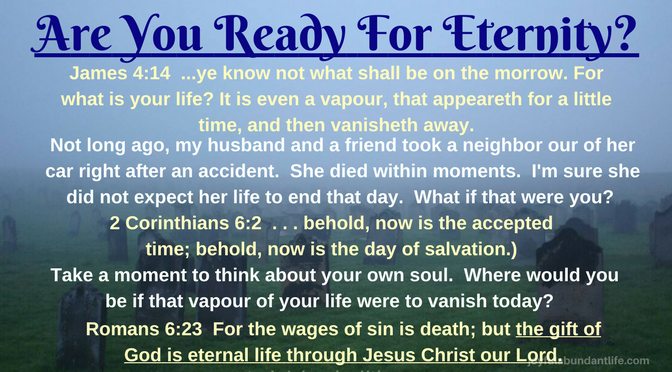 Are You Ready for Eternity? 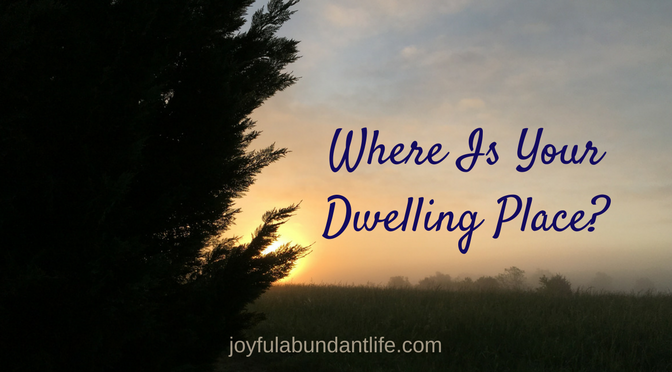 Where Is Your Dwelling Place? 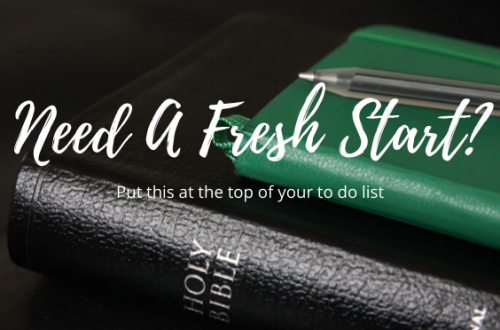