Miracle–When God Does Something Special Just For You

This is a story that I posted once before.  Sometimes we may face discouragement and we need God to do something special just for us.  Read on. 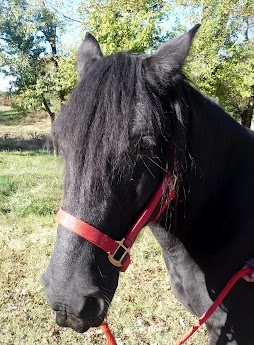 This is Miracle
Miracle has a name that fits.  Let me tell you why.  First of all, Miracle’s mama died when he was two days old.  He had to be nursed along and as you can see he survived! That definitely was a miracle!   But Miracle’s name also fits for another reason.  That reason has to do with the following true story.
R_____, a friend of mine was having a rough year.  She was going through some trying times and some “down” times.  Several things were taking place in the lives of her family members. R_____ has a daughter and son-in-law who have five children and they are currently on deputation to raise support to go to the mission field.  This has always been the heart’s desire of her daughter and now the Lord was giving her that desire.  But right in the middle of this, her daughter was diagnosed with Multiple Sclerosis.

Another daughter was pregnant with their fourth child.  The doctors kept telling them there were some problems and that this baby would probably be a Downs Syndrome baby.

Besides this, all three of her sons-in-law were out of work.  At times things looked pretty dismal.  But God is good.  He is always good!  And what a blessing to know that God cares about each one of us from the smallest detail to the largest.  As my friend prayed and submitted things to the Lord, she also asked Him if He would do something special just for her just to reaffirm His love.  Well as the days went on she kind of forgot about this prayer.

One weekend, she and her husband took a mini vacation and went to the mountains.  A friend of theirs who had been filling a pulpit in a mountain city asked if her husband would be willing to preach that weekend, since it would be near their destination.  Her husband is also a preacher and pastors a church in Shelby, NC.  They consented and a couple in the church accommodated them  for the weekend.  They had never met this couple and knew nothing about them.   The couple owned horses and as they walked along the property, Miracle, the horse in the beginning of this story came up to R_____ and began nudging her and loving on her.  She responded by loving on him and petting him.  The owner asked her “Do you like my horse?”  Of course, she did. R_____ was a farm girl.   She grew up around animals; she had horses when she was younger and always loved horses.

In fact exactly one year before this, R_____ and her family were taking a vacation on the beach.  At the same time they were there there was a fund raiser going on to raise money for the heart  association.  And what do you think was the basis for this fundraiser?  Well, you may have heard of a motorcycle ride, but this was a horse ride.  Yes, horses everywhere and many times R______ would see a black horse going by.  She would turn to her husband and say, “See that black horse, I want that one.”   She really liked black horses and would love to have one.

Now here it was exactly one year later and the owner then asked her?  “Do you want this horse?”  “Sure”, she said, just kind of laughing because she thought he was teasing.  Well, then next thing you know, he said,” I’ll give him to you.”  What a surprise!   And suddenly she remembered the prayer she had prayed and thought, “Is this what God is doing just for me?’”  They finished out their delightful weekend and then went home.  The next week, the friend who had been filling the pulpit in the mountains said to R_____,  Mr. __________ wants to know when you want him to bring your horse?  She was still very surprised!  Is this really real!  Why,he really did mean it!  He said she could have the horse and he meant it!  A few days later, Miracle came to be part of R_____’s family.  He is a beautiful black horse, just like she wanted.  God gave her her heart’s desire right down to the last detail.  He did this especially for her because He cares and loves each of us as individuals. He was reaffirming His love for her in the midst of the trials she was facing.

Well, now you see another reason why this horse is called Miracle.  For this was a miracle – a special blessing from the Lord to show my friend that He cared just for her.

Her verse: Psalms 37:4  Delight thyself also in the LORD; and he shall give thee the desires of thine heart.

And if you are wondering about her other family members.  Although her daughter has MS, the Lord gives her grace and she deals with it from day to day.  They are still on deputation and they still plan to go to the mission field.

Was the baby born with Downs Syndrome?  No!  He is healthy and normal.

Do her sons- in laws have jobs?  Yes,  two of them or currently employed.  The other is the one going to the mission field and they are currently on deputation full time.  Their support is growing and the Lord supplies their needs.

Yes, God is good all the time and God does care!  He may allow trials and tribulations, but He is still God and He is still good!  He cares for all of us!

1 Peter 5:7  Casting all your care upon him; for he careth for you.

Psalms 139:17-18  How precious also are thy thoughts unto me, O God! how great is the sum of them! If I should count them, they are more in number than the sand: when I awake, I am still with thee.

Thanksgiving and Praise To God – God Fights For Us