It is now Thursday,  our second day in Brazil.  It seems like we have a lot of time, but I am still amazed at how fast the time passed by.  I was so tired when we got to Jeremy’s house that my head was buzzing and I was quickly acquiring a headache.  I rested for a little while and then got up to visit and sort through suit cases.  We were able to finish that task and now it was time for church.  I still was not feeling well so while they all went to church,  I took a shower and went to bed.  I slept all night.  I did not hear everyone talking after church so was thankful for the good night’s rest.  Praise the Lord, by morning my head ache was pretty much gone and stayed gone all week.
They have been feeding us well.  On Thursday, we stayed at the house and went on a walk through the neighborhood.  I also  went to the coke store with Jeremy too get bottled liter drinks.  Interesting.  They live in the ghetto and the main street is just around the corner with people, stores, cars, trucks, buses,  motorcycles, bikes, everywhere!  It was not fun crossing the street.  Gotta watch everywhere for cars and other vehicles.  Scary.  Jeremy informed me that he has helped many a child cross the street in which case they may not have made it.  It is evident to me that once again God is merciful and longsuffering, that He sends His angels to minister for Him, and that He is not willing that any should perish.
We had fun giving the kids some of the goodies that we had brought from America.  Even Jeremy and Esther had fun getting some treats that are not available in Brazil.  Esther enjoyed her Reese Cups and Jeremy his sundrop and moon pie.
That night we drove into Cuiaba to eat at a fancy restaurant, a Churrascaria, which is basically a Brazilian Steakhouse.   They bring meat to your table on skewers, all kinds of meat, and they just keep coming until you tell them to stop.  There is also a buffet with various Brazilian dishes to choose from.  Of course, a staple is beans and rice which you see at most meals. The food was great, but it was not long before I was full and had to say no more.
I do not like driving around here.  All the roads look the same, straight, turnabout, straight, turnabout, not many stop lights, just turn abouts where everyone merges and then chooses the next direction they want to go. So watch out because a two lane is often made into a four lane and everyone goes at one time.   And watch out for motorcycles and buses because they come out of nowhere. Motorcyles are seen all around driving up the middle between you and other cars, between trucks and buses, and on all sides. It is really a hard scene to describe and I also was not very successful with capturing it on pictures.   I preferred the back seat so that I didn’t have to look to much.  Once again, it was evident to me that the Lord was with us, always caring, always watching over us!
Esther cooks Brazilian sometimes, but also cooks American.  Last night she made chicken, rice, and Olive Garden garlic bread.  It was very good.  Dad and Jeremy went out and bought a grill and charcoal so we had grilled chicken.  Too bad we did not have marshamallows to roast 🙂

If you click on any of the pictures below, it will come up larger and have a caption with it. 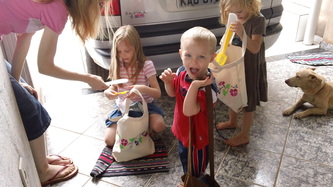 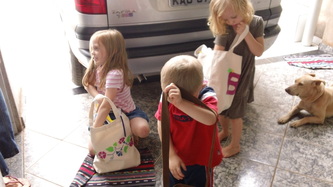 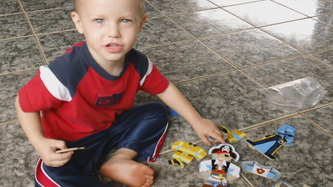 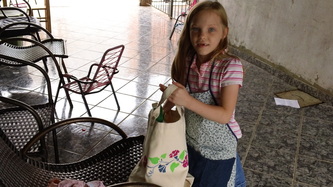 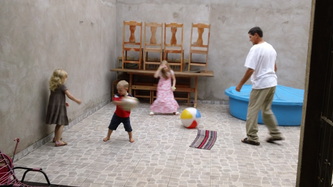 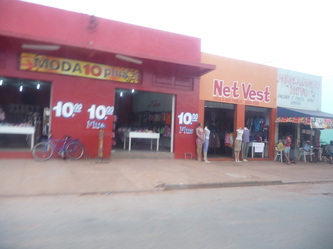 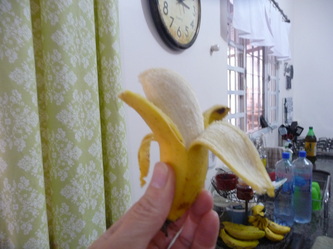 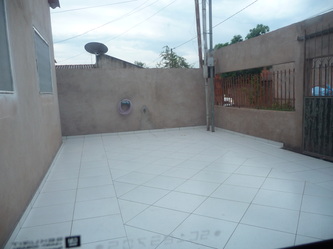 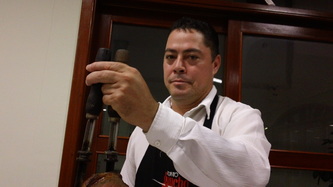 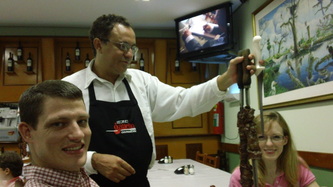 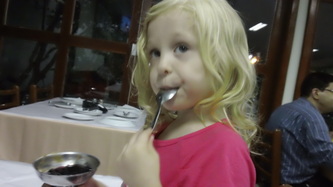 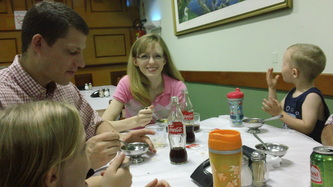 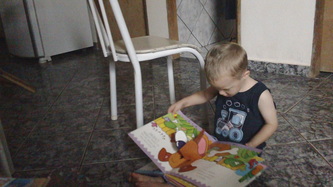 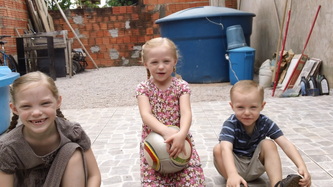 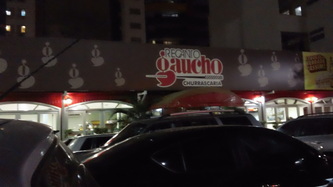