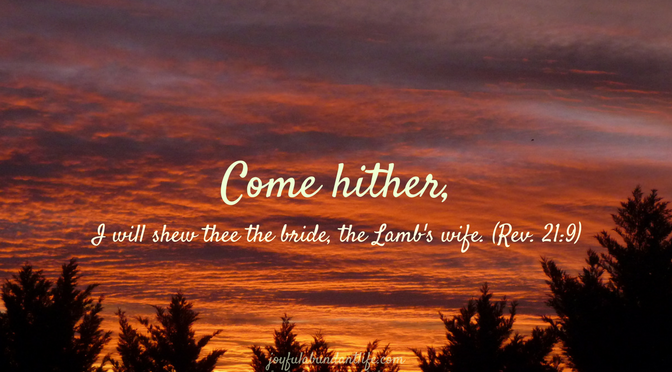 A friend of mine, Mrs. B. Upton, wrote a devotional for a bridal shower and has given me permission to share it.   She compared a Jewish marriage to us as the bride of  Christ.  What a beautiful comparison it is!  Oh how much Christ loves us, far more than our earthly groom could love us!  Are you looking forward to the day when you meet meet Christ who left His Father’s home so that he might gain a bride for Himself?  Below are some of the points that were made.  You can also find Mrs. B. Upton’s personal testimony of salvation following this devotional. 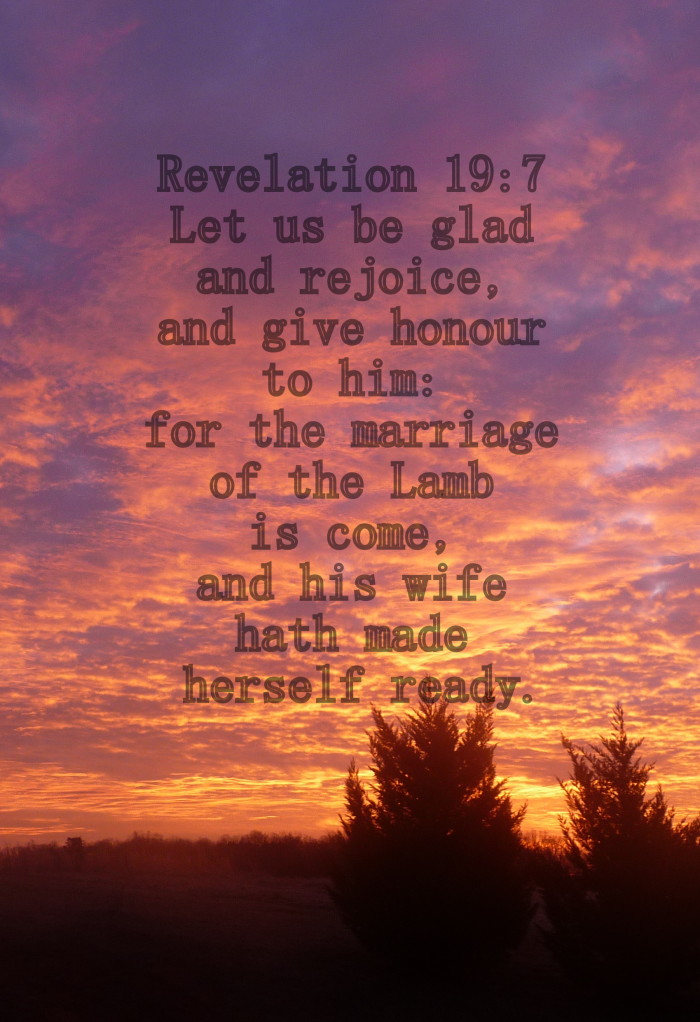 Testimony of B. Upton
I wasn’t saved when I first started singing in churches for I was singing with my sister when I was about four years old. She was only six.

When I was about twelve years old we had a neighbor named Lola with whom we played and many times would sing together while swinging like mad on her front porch swing. Lola’s father was a Primitive Baptist evangelist and he asked us to sing in his gospel meetings. We became a trio then.

We sang at one of his meetings in a little church in Orbank, TN one night. As was the custom of the Primitive Baptist during the altar call Christians would go to others in the audience who were lost and ask them to come forward to receive the Lord.

One of the men of the church came back to me and shook my hand asking if I were saved. I was scared to go forward and I told him YES, I was saved. He said nothing but just looked me straight in the eyes for a moment, turned and walked back to his seat. I couldn’t get over his look for it seemed that he saw right down into my heart and knew I had I was not saved. It brought me under conviction for up until that time I had not felt a convicting spirit. I guess I thought that since I had been in church all my life, singing etc, that I was surely going to Heaven.

The very next night at the same gospel meetings in Orbank, I went forward to be saved. My sister and Lola’s sister went forward at the same time. I was saved by God’s grace and then my songs took on a completely different meaning. A young man was added to our singing group and we sang in churches, revival meetings, camp meetings, tent meetings, on radio and TV, wherever the Lord sent us. My life was different now.

I was offered a singing career in New York City when I was eighteen years old but turned it down for now I only wanted to sing for the Lord as Hebrews 2:12 says, “I will declare Thy Name unto my brethren, in the midst of the church will I sing praise unto Thee.”

“Behold, God is my salvation; I will trust, and not be afraid: for the Lord JEHOVAH is my strength and my song; He also is become my salvation.”

B. Upton playing accordion when 16 years old. B. Upton is in her 70’s now and still faithfully serving the Lord. 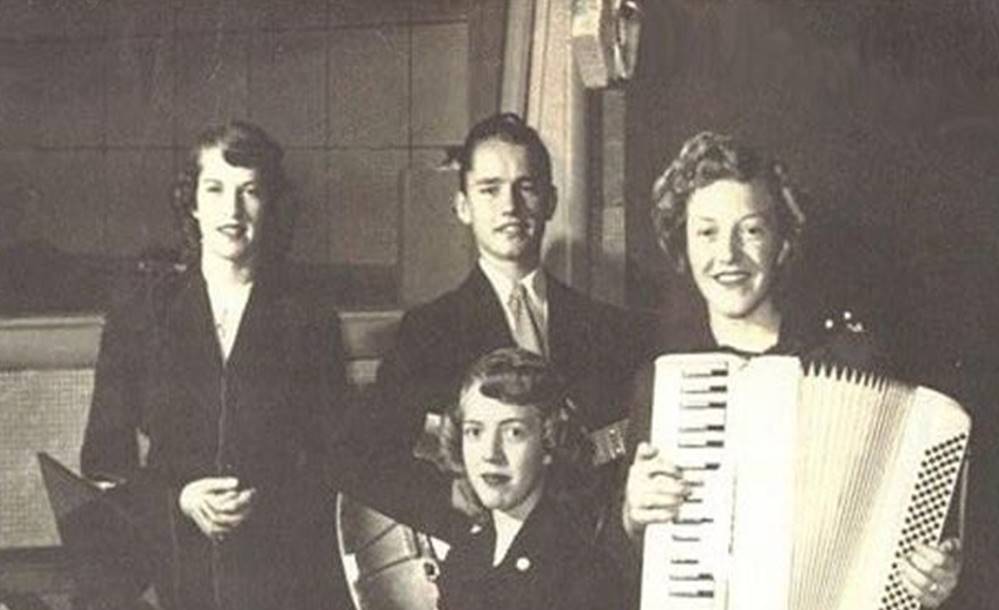 THE LIGHT HAS COME!