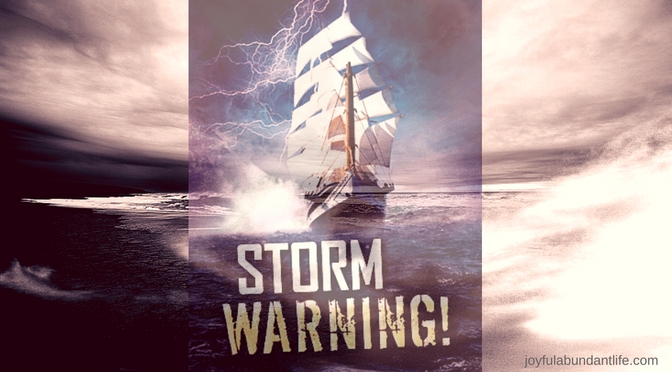 Have you every been caught unawares in a storm? Kind of scary huh?  It is always nice when we hear about the storm warning ahead of time and then we can be prepared.  Are you prepared for the ultimate storm?  This storm warning has been given to us in God’s Word. 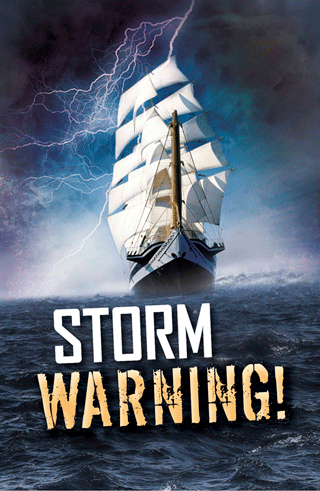 The Ultimate Storm is coming!

God’s Word, the Bible, is like a barometer which warns of a coming storm. That storm of God’s wrath and judgment is soon going to fall on this world.  But you can escape this storm if you pay attention to the storm warning on how to escape.

The following tract is courtesy of Moments with the Book.

The deadliest natural disaster in U.S. history claimed the lives of as many as 12,000 people. Tragically, there was sufficient warning and ample time for evacuation; the warnings were simply not heeded.

Saturday morning, September 8th, 1900, residents of Galveston, Texas awoke to find that the warnings were true. Over the next few hours, a monstrous hurricane cut their ties to the mainland, destroyed much of their city, and killed between 6,000 and 12,000 people. Galveston had come through storms before, and its people thought this one would not be any different. Even if the warnings were true, they planned to get out at the last moment. But by the time the storm arrived, it was too late to escape.

For those who live in storm-prone areas, there is a risk of becoming desensitized by repeated warnings—especially when many of them pass without incident. Nevertheless, the danger in these powerful storms is still very real, and we are frequently reminded of just how tragic the results can be when warnings are not heeded, or when storms and natural disasters strike without any warning at all.

There is another type of storm which has been forecast for many years, but has not yet occurred. The storm of God’s judgment for sin is looming on the horizon, and this time the danger is not only of losing life and property, but also one’s eternal soul. His Word, the Bible, is full of warnings about this storm. One is very clear: “Flee from the wrath to come” (Matthew 3:7).

Heeding the warnings, millions have already evacuated themselves to higher ground. “When we were dead in sins, [God] hath quickened us together with Christ, (by grace ye are saved;) and hath raised us up together, and made us sit together in heavenly places in Christ Jesus” (Ephesians 2:5,6).

Tragically, much of the world, spiritually dead in sins, will only realize the fury of the storm after it has begun and they are eternally doomed. Read what God has to say about the danger faced by all who do not know Him: “The Lord Jesus shall be revealed from heaven with His mighty angels, in flaming fire taking vengeance on them that know not God, and that obey not the gospel of our Lord Jesus Christ: who shall be punished with everlasting destruction from the presence of the Lord” (2 Thessalonians 1:7-9). “He, that being often reproved hardeneth his neck, shall suddenly be destroyed, and that without remedy” (Proverbs 29:1).

Our sin has put us directly in the path of God’s righteous judgment. How can we elude the storm of His wrath? By following His escape plan. Jesus Christ, the Son of God, opened the evacuation route when He willingly died on Calvary’s cross and suffered at the hand of God, paying the penalty for our sins. Now we must realize our danger and trust Jesus to be our “hiding place from the wind” and “covert from the tempest” (Isaiah 32:2).

Perhaps you heard this warning before and chose not to act on it. Do not let your heart be hardened by ignoring God’s Word any longer. Flee to Christ today! The danger is real and there is no time for delay; the time to escape God’s judgment is now. Turn to God and put your faith in the One who died for you and rose again. In so doing, be assured by God’s Word that your soul will be saved forever, and you will start a brand new life with God!

“How shall we escape, if we neglect so great salvation?” (Hebrews 2:3)

Click here to join the community for Biblical Encouragment

GOD WITH US- A Journey Home – Book Review and Giveaway