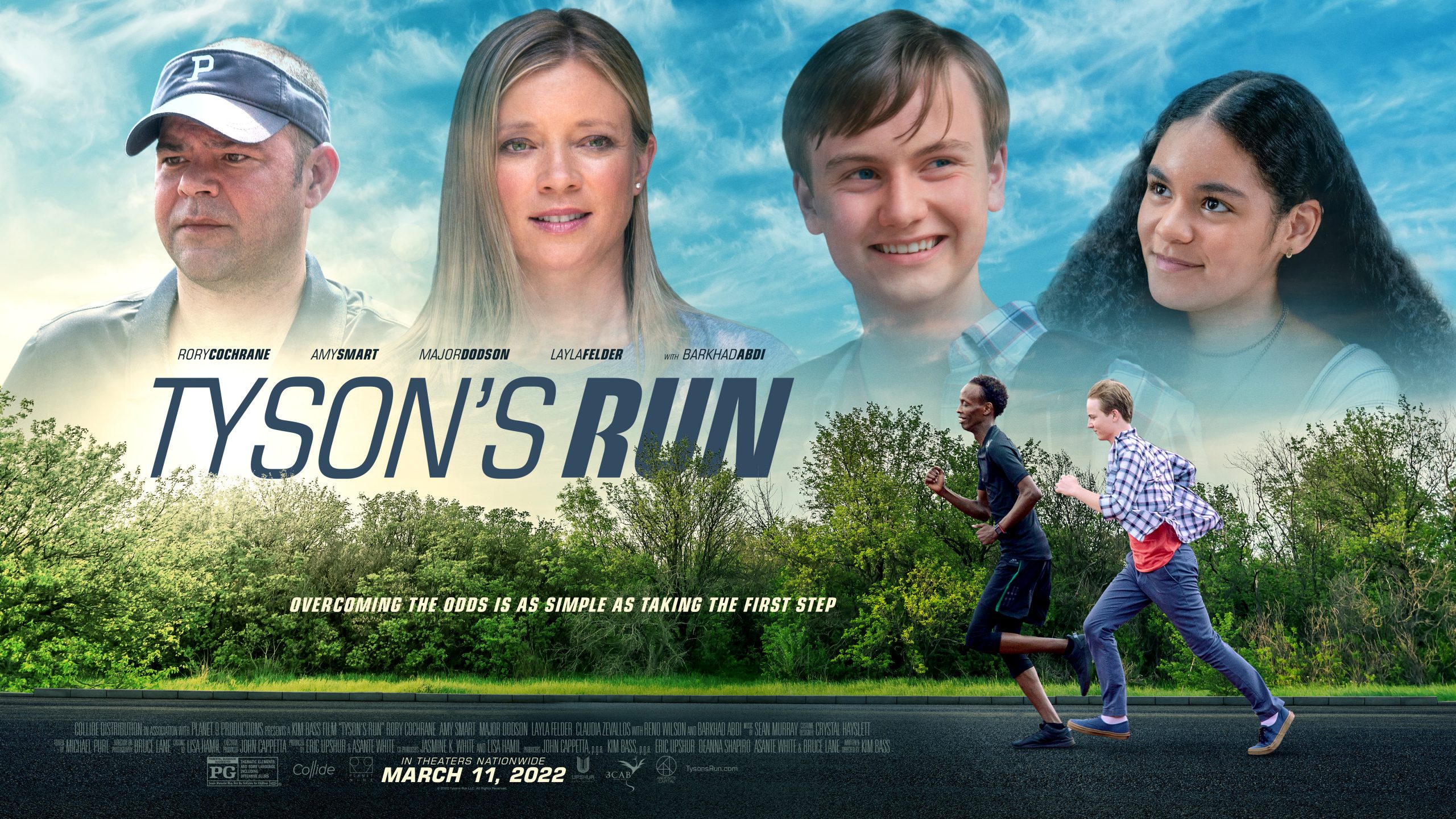 Do you know anyone whose tried or have you ever tried to get the approval of a parent?  The boy in this movie, “Tyson’s Run” is a teen with autism, who desires greatly the approval of his father.  Tyson’s father is a hero football coach always striving to win the next Championship and always focused on his team rather than the needs of his family.

Tyson has been home schooled by his mom whom he dearly loves, but now he can’t make it through algebra and desires to attend school where his dad is coach.  This changes his life forever.  He faces challenges he has never known including bullying and rejection.  While “running away” from his problems he meets and befriends a champion marathon runner and determines to run his fist marathon in hopes of winning his father’s approval.

Because Tyson longs to be accepted by his father, he pushes himself further than anyone might have thought possible.  This movie is a heart-warming story  of overcoming odds and changing perceptions.
It is obvious that Tyson’s dad loves him, yet he is torn because he knows he is “different”  Deep in his heart he knows Tyson needs to be first in his life and eventually he presses on to that end putting his coaching on the side for a while.  New friends are made and a family grows stronger in their relationship.  Just as Tyson’s dad knew that his team needed action to help win the game he too realized it was action not just words that were needed to win his family.
Watch the Trailer Here

Valuable lessons from this movie

Tyson’s Run had great acting and I loved seeing how the story progressed. While parts of the story went as I expected, there were still moments that surprised me (in a good way) and that kept me invested in the storyline. The spirit of perseverance and determination was great.

1 Corinthians 9:24 says: Do you not know that in a race all the runners run but only one gets the prize? Run in such a way as to get the prize. And that is exactly what Tyson did!

Things I did not care for in this movie:

BUY “TYSON’S RUN” IT ON DVD OR DIGITAL HERE OR HERE (aff. link)

Many thanks to Collide Distribution for providing a sample of the product for this review. Opinions are 100% my own and NOT influenced by monetary compensation. #TysonsRunDVDMIN #MomentumInfluencerNetwork

LIFEMARK Movie and Review and Giveaway!