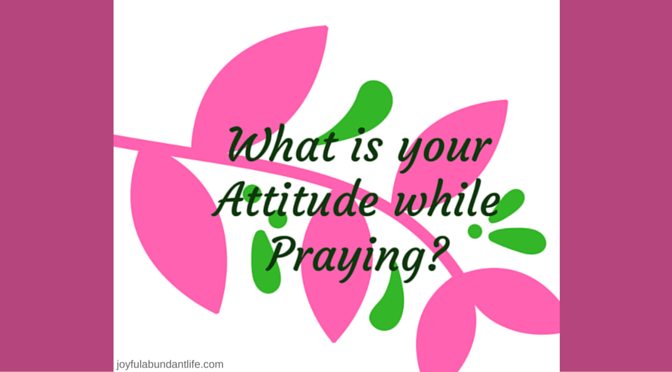 What is your Attitude while Praying?

As I was reading in Numbers 11, I began thinking about how I pray. I was once again convicted about my attitude in prayer.

The Israelites were not exactly praying

They were complaining and they were blaming Moses for taking them from Egypt into the desert with no food.  They had already forgotten that God provided food every single day!  They received Manna in the morning and flesh in the evening.   Yet, that was not good enough.  They wanted meat and more meat and not manna.  How quickly did they forget what God had done for them!

Numbers 11:1  And when the people complained, it displeased the LORD: and the LORD heard it; and his anger was kindled; and the fire of the LORD burnt among them, and consumed them that were in the uttermost parts of the camp.

And already they are complaining again!

Numbers 11:4-6  And the mixed multitude that was among them fell a lusting: and the children of Israel also wept again, and said, Who shall give us flesh to eat?   We remember the fish, which we did eat in Egypt freely; the cucumbers, and the melons, and the leeks, and the onions, and the garlick: But now our soul is dried away: there is nothing at all, beside this manna, before our eyes. 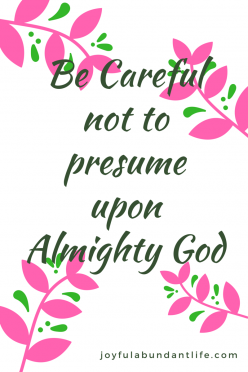 God can do exceeding, abundantly above all that we ask or think.

Even when Moses could not see how God would provide so much meat, God responded with:

Numbers 11:23  And the LORD said unto Moses, Is the LORD’S hand waxed short? thou shalt see now whether my word shall come to pass unto thee or not.

He  made their request turn into something loathesome.

Numbers 11:20  But even a whole month, until it come out at your nostrils, and it be loathsome unto you: because that ye have despised the LORD which is among you, and have wept before him, saying, Why came we forth out of Egypt?

Numbers 11:33  And while the flesh was yet between their teeth, ere it was chewed, the wrath of the LORD was kindled against the people, and the LORD smote the people with a very great plague.

How God spoke to me through this passage:

How marvelous that we, as God’s children, can come to God at any time and make our requests be made known unto Him.  May our daily requests be for His glory as we seek His guidance in our prayer life.

Our Effectual Prayer should be Made Known unto God